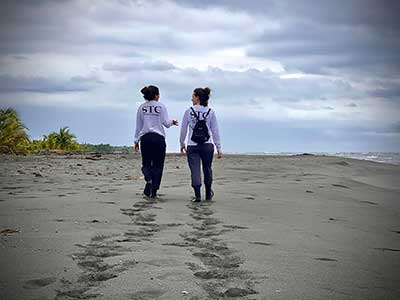 Soropta Beach is a 7 km stretch of beach located north of Bocas del Toro, near the boarder with Costa Rica. From March through June it hosts an important nesting population of leatherback sea turtles with between 500 and 1,000 nests per year, as well as an occasional hawksbill.

In 2012, STC had the opportunity to expand its leatherback conservation work in Panama by adding this beach. STC was approached by the London-based Endangered Wildlife Trust (EWT), which monitored and protected leatherbacks at Soropta Beach since 2002. Before EWT began its initiative in 2001, nearly 100% of all eggs were being harvested from the beach. Even more disturbing, a significant number of nesting leatherbacks were being killed on the beach so their eggs and flippers could be harvested – leaving the rest of the poor turtles to rot on the beach. EWT’s intervention virtually eliminated egg poaching, and nesting by leatherbacks increased from around 450 nests per year in 2002 to a high of 675 in 2010, and now even reaching numbers around 800 nests. In 2013, STC took over the monitoring and protection of this critical leatherback nesting beach. 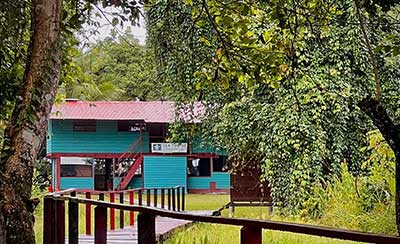 Thanks to generous support from the Firedoll Foundation, STC was able to purchase the land and existing station facilities from EWT. The Soropta Beach project complements STC’s important work being done at Chiriquí Beach and represents an opportunity to train future turtle biologists and receiving eco-volunteers from all over the world, especially for people interested in working specifically with leatherbacks.

If you’re interested in taking part in STC’s Research and Conservation Project at Soropta Beach, you can learn about becoming an Eco-Volunteer.